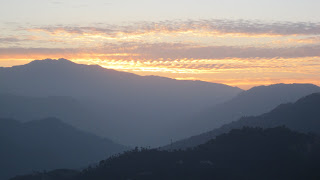 Jaipal Singh Datta
Dear Mohyal
I received one letter from Mohyal Biradari.
I have copied and pasted it for your information.
I think nobody stops us to start new Mohyal Sabha for the Mohyal Biradari.
Let each Mohyal be a member of one or two Sabha.
I do not believe in criticizing. It shows jealousy, anger, and non-cooperation in united teamwork.
Let any other Mohyal come forward and unite other Mohyals. General Mohyal Sabha is not the property of anyone but it is a continuity of efforts. Nothing is constant and change is the law of nature. Do not critisize but act and develop new Mohyal Sabha.
Jai Mohyal
Mr. Devinder Mehta Ji,
Jai Mohyal,
1.         I have gone through the email which was addressed to Mr. Paras Bakshi, your views are praise-worthy. But who will accept our proposals? Out of 40 GMS Elected Members, 39 Mohyals are elected by adopting the illegal method in the Election process by the mercy of Sh. B.D.Bali. Then how can they go against the wish and will of Sh. B.D. Bali.
2.         I do agree with your statement that the term for Presidentship must be fixed either two terms or at the most three terms continuously. Do you think that the other Mohyals have not thought of it, but the system is defective which requires to be corrected which is only possible if the amendment is made in the Constitution of the GMS. In this case the consent of the AGM has to be obtained.
3.         You might have noticed the improvement in every sphere in the world which is only due to the global change. Who so ever be on the post would have done better and we should not have any doubt in the creditability of our Mohyal Brothers. Every Mohyal is capable to handle the situation.
4.         We are legging behind because our younger generation is taking very less interest in the Community affairs. For this our youngsters are not to be blamed, in fact the elders are to be blamed, who have not taught / educated them properly. No doubt our youngsters are very intelligent, capable and courageous and can do better then us. A little initiative is required for bringing them on the streamline. I hope you will agree to my point.
5.         We are inviting problem and corruption by providing the maximum tenure to the members of the GMS / President. You might have experienced the person who are in the governing body since very long, out of few are not in a position to walk properly but even though they don’t want to leave the post. Why because the reason is best known to all.
6.         I would like to make it very clear that Mohyal Mitter is the property of all the Mohyals who live in India or Abroad and it is not a property of few persons. It is the only source through which the news of the community, suggestions for betterment for the community can be communicated. The matter / suggestions submitted by any Mohyal should be published in the Mohyal Mitter without any hitch because the person who submits the suggestions is entirely responsible / answerable to the community. So the Chief Editor should not refuse for publication, moreover the constitution of the GMS also does not allow any one to refuse for publication. It is observed that the matters are censored and secondly it is not published with out mentioning any reason. This proves the GMS is not functioning in a Dramocatic way but in the Dictatorial way.
7.         The Suggestions are always better for the improvement, rather the GMS should also invite the suggestions so that they may come to know the short comings and find out the solution. But it is observed instead of inviting suggestions they are crushing the suggestions made by Mohyal Brothers. This Dictatorship attitude will definitely lead towards destruction.
8.         You might have seen the letter written by Col. R.S.Bali (Rtd) published in the Mohyal Mitter of Nov 2010, in response to my suggestions. Suggestions made by me were not published even on my repeated requests whereas the comments on my suggestions made by Col. R.S.Bali (Rtd) were published. What does it reflect, the Chief Editor of Mohyal Mitter only want to create confusion in the mind of readers of Mohyal Mitter against myself.
8.         The Cruel hand of the death had snatched your younger brother Sh. Mohinder Mehta (Founder President of Mohyal Sabha of Rohini Pritampura and Secretary Youth wing GMS)  at an early stage when his services were urgently required for the upliftment of the community. He was the man who fought against the proposed candidate of Sh. B.D. Bali and he helped in defeating the five candidates of Sh. B.D. Bali in GMS Election. At that time the situation was considered to be a very big achievement. If he had been here the appearance of the GMS would have been different to the present form. We pray to the Almighty God to allow his noble departed soul to rest in peace.
9.         I would like to make it very clear that there are Mohyals who are very courageous, who can speak the truth before anyone.
10.       In the last I can say all the matters can be sorted out if we all are bent upon to do so. For this we have to request the GMS President for calling AGM so that the consent may be obtained for the amendment in the Constitution of the GMS for the following points.
(a)        Term fixed for Presidentship.
(b)        Change in the Election Process.
(c)        Criteria for publication in Mohyal Mitter.
(d)        Any other matter which we feel deems to be fit.
With regards,
(Madhu Sudan Dutta)
Life Member­–GMS
R/o 282, D-6, Sector-6
Rohini, Delhi-110085
Email : madhusudandutta_001@yahoo.co.in
Mobile : 9868871208, Ph.: 27044429
Flag this message

Re: PUBLICATION IN MOHYAL MITTER

Friday, 17 December, 2010 12:56 PM
From:
This sender is DomainKeys verified
"devinder mehta" <d_mehta2004@yahoo.com>
View contact details
To:
"Bakshi Paras" <parasbakshi@gmail.com>
Cc:
madhusudandutta_001@yahoo.co.in
Respected all,
I am in the opinion that there should be a limitation of tenure for serving the Mohyal Biradri. An amendment should be suggested that GMS Elected member can serve the community for maximum tenure of 2 terms. In case he is so suitable than he has to  skip 3rd term and wait for next election i.e it will be 4th term.
Though Mr. B.D. Bali has put up long service to our Biradri and every one admires his capability and creditablity.
Now a days young generation is building the nation. Have an example of Mr. Rahul Gandhi same way the hiden talent can ben tapped through democratic way.
Hope that my point will be clear. The yes Man tenure should be limited by amending the consitution so that this type of question doesnot arise. It should not  be like 2G Spectrum issue.
Every mohyal member has the right to point out or suggest the good ways for the betterment of the community.
There may be many members like Madhu Sudan who are thinking on this line but donot have enough courage to point out openly.
Regards & Jai Mohyal,
Deveinder Mehta

Dear Shri Madhusudan Dutta ji,
It has been a long practise in India that the people in power, more often than not misuse it, so it does not surprise me at all that the powers that be in G M S are misusing the trust and powers vested in to them, by us.
Shri B D Bali, in his infinite wisdom, has surrounded himself , with YES MEN, retired from bureaucracy and other governmental departments. These are the people who know how to crub the rights of other people, withhold information from from general public and are experts in leaking information which suit their masters.
Sir, I am surprised that you even thought that your suggestions will ever be published in Mohyal Mitter. How did you think that the your Ideas, which would drastically change the working and system of the apex body o Mohyal, would be entertained? The only mouth piece of Mohyal community is not to serve ordinary Mohyals like you or me. It is a tool to further the cause of a choosen few and a platform for anybody who praises B D Bali. It is a magazine for spreading misinformation and malicious intentions of groupism in a small and educated community of Mohyals.New Ideas for betterment of community, news about corruption and misdeeds of Managing Committee of The G M S can never be published in it.
Still, the effort done by you is laudable, because you have at least started a chain, which with your persistent efforts will only grow further.
Regards
Paras Bakshi
On 3 December 2010 23:05, madhusudan dutta <madhusudandutta_001@yahoo.co.in> wrote: